Vulcaniser sets himself on fire in attempted suicide, over wife's curses 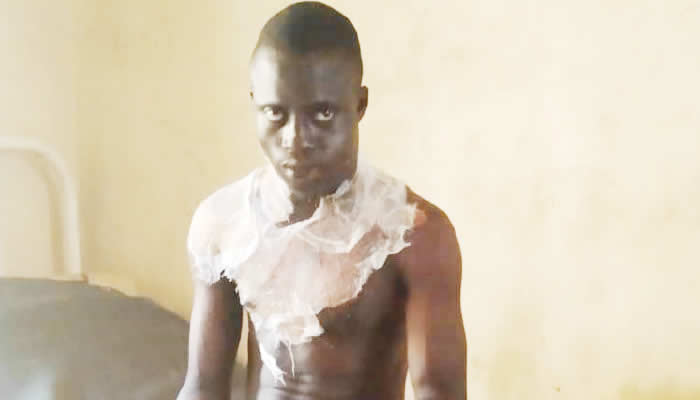 A vulcanizer who resides in Lagos state, Muritala Afolabi, is currently on admission in a hospital after he set himself ablaze in Iree, Osun state last Friday, September 23.

Muritala was rushed to the hospital by neighbors who heard him screaming after sustaining severe burns on his body.

In an interview with Punch, Muritala said he decided to commit suicide having been subjected to emotional torture and frustration by his wife. The 30-year-old artisan said he got married to his wife in July 2022 and since then, the woman had made life difficult by allegedly cursing and abusing him.

“I just thought of ending it. That Friday, I went into a filing station, bought fuel and went to a forest behind Baptist High School, Iree, and set myself ablaze.

I thought of what I was passing through and it made me to decide to end my life. Poverty and repeated curses of my wife made me to lose hope. I married the woman just in July this year.

Some people heard me when fire was burning my body and rushed to the scene. They rescued me and brought me to hospital.”

When contacted by our correspondent on the phone, Muritala’s wife, Ifedolapo, denied cursing him.

“I don’t know why he decided to kill himself. I am his wife. I am yet to have any child for him.”