How to Start A Lucrative Salt Production Business in Nigeria 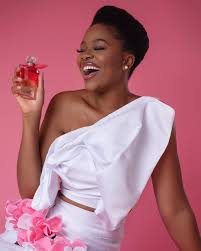 Salt is one of the most vital and most essential resources for everyday living. It adds a unique value to food and man’s general existence. Salt is a globally-recognized crystalline mineral which has been in use for several thousands of years, even as far back as 6000BC. Evidences suggest that salt predates all available historical records about it.

Harvesting salt takes place in various countries. Major salt-producing countries include China, The United States of America, India, and Germany, among others.

With our highly in-depth world-class MBA Standard professional bank and investor-ready business plan & feasibility study report writing service, you can finally have the best chance of getting the finance you need for your business to succeed!

Nigeria’s salt production level is still relatively low, as the country’s salt mines account for only about 0.01% of global salt production. Nigeria imports table salt and pure Sodium Chloride, from Brazil. The value of the import of salt to Nigeria in 2018 totalled $68 Million, and the export of the same commodity amounted to $26 Thousand (including table salt, denatured salt, and pure Sodium Chloride).

The country’s salt production problems can quickly be solved with proper governmental assistance and funding. The salt mining industries in Nigeria and other concerned institutions are heavily lacking attention. Notwithstanding, the sources of salt are still in abundance.

Salt is a mineral primarily composed of sodium chloride, a strong taste and white crystalline substances. It is one of the base spices used in improving food flavour and also in food preservation. By scientific analysis, salt is a chemical compound. Any ionic molecule made of an acid and a base that creates ions when dissolved in water is known as salt.

What Is Salt Production?

Salt production is defined as the processing of salt from the raw form to pure crystals where it can be used in households for cooking and dyeing. Various companies also use it for the production of other substances.

Business Opportunities In Salt Production In Nigeria & Around The World

Salt is the world’s number one seasoning, and it is used in practically every food dish. Salt modifies the flavour of various foods, making them more desirable.

Salt is used in the manufacturing of skin products and also in hair treatment. Salt performs various functions like skin exfoliation, which is the removal of dead or dried up skin. It can also be used as an ingredient in hair cleaning products because it contains chemical compositions which are excellent agents for killing bacteria and removing odour.

When mixed with certain chemicals, salt provides excellent cleaning substances which are used for cleaning at homes and other areas. Salt can be combined with vinegar and further used as a cleaning agent for copper and silver wares.

This type of salt is the most common. It is also known as table salt. Sodium chloride forms a lattice when in solid form. It is one of the safest forms of salt and can as well be ingested. This type of salt is an extremely weak acid due to its large radius and slow charge. The charge of the Cl- ion is weak. When dissolved in water, sodium chloride creates a neutral solution.

Potassium dichromate (K2Cr2O7) is orange-coloured and comprises of potassium, chromium and oxygen. Potassium dichromate is toxic to humans and is also an oxidant. This type of salt is mainly used in chemistry labs and for scientific purposes. It is a potential carcinogen.

Calcium chloride (CaCl2) has a resemblance to that of table salt resembles table salt in its terms of colour. This particular type of salt is used to remove ice from roads because it is capable of melting ice down to -25 F. Calcium chloride is also a highly hygroscopic compound. This means it can absorb enough water in the atmosphere.

Sodium Bisulfate (NaHSO4) is formed from Sodium, Sulfur, Hydrogen and Oxygen. Sodium Bisulfate is also used for cleaning metallic objects, reducing PH levels of swimming pools, and for cleaning concrete. Sodium bisulfate is highly toxic and can damage the skin in direct contact. It is therefore advisable to handle this type of salt with gloved hands.

This type is a blue salt made up of copper, Sulfur and Oxygen. When dissolved in water, it becomes colourless. If you dip an iron object in copper sulfate and water solution, the iron soon takes on a red colouring.

How To Start Salt Production Business In Nigeria: Step-by-Step Guide

Having a business plan is the bedrock of any business. The total cost of equipment and materials to be procured or hired and wages to be paid to workers should be specified.

All these would be based on the target market, method of production, and capital. Your business plan should also cover details like the name of your business, funds to register the company legally, to secure necessary permits, and settle taxes.

This refers to the series of steps in choosing a location for a salt production factory.

The production company should be as close as possible to the salt deposits to reduce the cost of transport and vehicle maintenance. Amenities and infrastructures like security, water supply, electricity, and good road networks should be considered when siting the salt production firm. Such values increase the cost-effectiveness of the business.

Salt harvesting is a hectic task and, therefore, requires employees of labour to increase the level of harvest. Hiring well-trained employees help the business grow as well.

There are different equipment used for the different methods of salt production. These machines depend on the scale of your business. The most popular method used by small scale businesses is solution mining. Some machines and equipment needed for salt production are trucks, containers, water tanks, vacuum pans, salt harvesting machine, brine transfer pump, conveyor, crystalliser, etc.

This refers to all the strategies involved in marketing salt products to clients and customers. Marketers play a significant role in this sector, as they can make the salt products available in all states of the country.

To Sum It Up