My parents thought I was possessed when I started coding, now I make millions – 16-year-old programmer, Oseni 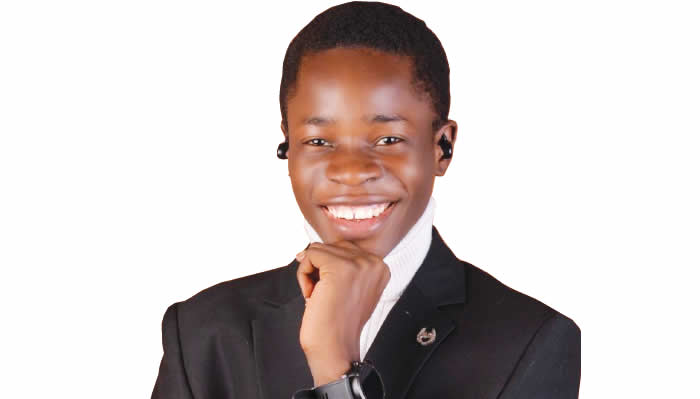 My name is John Oseni. I am 16 years old. I turned 16 in February. I am from Yewa North in Ogun State. I am the fourth child in my family. My dad is a professor of Biochemistry and my mum is a retired civil servant. I completed my secondary school education at Command Day Secondary School, Akure. I was in the technology department.

What do you do currently?

I am a programmer. I have worked for 16 to 17 start-ups. Also, I am working to start my own company and see the possibility of a future powered by nature. We plan to use nature to power cars, phones and other things. The company has not been registered but I already have a team in the United States of America, Canada and Nigeria working on research. My lawyer is also working on that.

There was a recent online report that you were offered employment by a firm in Italy. Can you tell me how it happened?

I am the type of guy who doesn’t have a certificate in programming. Most of the jobs I get are based on referrals. I am actually working for two companies in Italy. Someone recommended me to them and before I knew it, the companies got in touch with me; I didn’t know them. They made me the blockchain team lead.

What are the names of the companies?

Flywallet and Cryptonite. They actually wanted me to go to Italy and say hi to the team but I declined because I was still working. I had an appointment with the Ooni of Ife, who wanted to see me. So, I had to tell the companies that I would work remotely for now. I have a passport but the companies will sponsor my trip.

What did they tell you the requirement for the job was?

Before I got the job, I was given some tasks which I passed.

What did your parents say when you told them about the offer?

My parents gave their consent but they were worried about my safety. When I was taking my Senior School Certificate Examination, my parents seized my laptop but I bought another one and wrote codes with it at night. But they thank God they didn’t stop me from doing what I love.

You said you did not undergo training in web development, so how did you learn the skill?

There is a place called Green Garage in Akure and some people from the place came to my school to teach us computer science. They organised a competition and, out of about 80 pupils, a female pupil and I came first. They promised to give us a prize but did not fulfil that promise. So, I went to their office to tell them but when I got there, I saw they had some dusty laptops I could use to learn programming language. So, I told them to allow me to use one of the laptops and they agreed, for one day though. The next day, they said I would have to pay the sum of N160,000 for them to teach me coding alone but I pleaded with them to give me a week. So, I learnt programming language for one week and the next week, I started helping the training centre to teach people for free. I trained between 20 to 25 persons, including corps members, who had paid the centre to learn. I used to wake up as early as 7am to clean the training centre and run errands just to give them a reason not to collect training fee from me. It was like rendering a service. As time went on, I got to know more about blockchain and started getting referrals. My life has been rough but God has been there.

When did all that happen?

It happened towards the end of 2020. I worked for different companies for free but started writing codes fully last year. Currently, I write for different firms but I am trying to drop some of them because I am working on mine. I have some investors but I want to take it easy.

Many would expect that you would be preparing to get a university education. Do you have that in mind?

I will go to school but it would be for an online programme so I can also work. I believe there is no time, I want to multitask. I don’t want people to think I don’t want to go to school because I have seen money. I hope to earn a PhD in computer engineering. I believe in doing what I can do now, so I don’t have to do it later.

You said you started coding full-time in 2021 and have worked for different firms. How much have you made so far?

I get paid in crypto sometimes because my account can’t take more than N1m. So, I collect money in crypto and put it in another bank. I would say I have made a lot of money.

I have made millions, more than N10m. I once received N5m in bulk while other payments came monthly, some as wages, but I didn’t buy a car. I am pushing my company with everything. I made my first N1m last year at 15. I was very happy; I felt like the richest man in the world but I had a rethink after spending half of the money on unnecessary things. But now, earning millions doesn’t move me because the money is for my company.

Do you get or read messages from people who doubt your story?

I am the type of person who doesn’t have the time to look at what other people say. When I make a post, I don’t check the comments. A lot of people disbelieved me; even the people I called mentors surprised me. But I have God, so, I don’t care what people say and I let my results speak for me.

Were your parents surprised at what you have achieved?

They are very surprised. They prayed for me and thanked God for helping me to make the right decision. But they used to think the Devil had entered me, that I was possessed.

Are they over-protective of you now?

Yes, they are. I no longer travel by road.

Would you say there is a link between your performance in secondary school and what you do currently?

I was one of the top three in my class at Command (Day Secondary School). My school was happy. They wanted to link me up with the Chief of Army Staff to enable me to work on the Nigerian Army’s website. The school was proud of me and hosted me.

What would you tell Nigerians who do not understand what coding is all about?

Coding requires passion. I used coding to improve myself, like Elon Musk, who used coding to develop himself. He was a developer at PayPal. Coding is more like talking to a computer and creating applications for people to solve problems. Crypto comes as a very secure digital access because it is decentralised. Even if hackers penetrate it, there is nothing for them to see because there is no information to show them.

How soon do you think appliances in Nigeria will be powered by nature, as you said, instead of electricity?

We have started getting the formulas so the thing now is to get the capital to implement the formulas. I have an architect in the US who is helping me to design the physical structure of the company. I have a lot of volunteers. My purpose in life has not started manifesting. I am not trying to be competitive in the tech world but I believe my purpose is still manifesting. I don’t believe in luck but God and hard work. In secondary school, I wanted to be a soldier but that changed when I was in SS2 during the COVID-19 lockdown. I was at home and bored and kept asking myself what my purpose in life was. That was when I remember that Green Garage owed me a prize and that was where it started. I thank the pandemic for giving me the time.

What should people expect from you in a few years to come?