10 things to know about Obi Cubana. 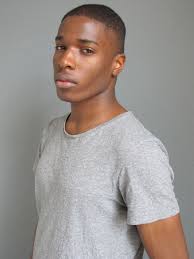 You must have stumbled on that name in the past few days if you use the social media platforms regularly.

held in honour of Uche Iyiegbu, his mother, who died in December last year.

The burial, which was held in Afor Uzo Oba, Anambra state on Friday, has continued to dominate discussions.

But who is Obi Cubana?

TheCable Lifestyle examines 10 things to know about the business mogul who has left tongues wagging.

The socialite, whose real name is Obinna Iyiegbu, was born on April 12, 1975, in Anambra. He is from Oba in Idemili South LGA of the state.

Obi Cubana is the fourth child and the last son of his parents.

He had his basic education at Central Primary School and secondary education at Dennis Memorial Grammar School (DMGS) in Onitsha.

In 1998, Obi Cubana graduated from the University of Nigeria, Nsukka (UNN) in Enugu state where he studied political science.

He kick-started his foray into business in 2006 when he floated Ibiza Club — dedicated to satisfying fun seekers in Abuja.

The entrepreneur later established Cubana in 2009 to provide all-around entertainment for people across various fields. At the outset, the company only had its office in Owerri, Imo state, but later spread to Lagos, Abia, and Enugu respectively.

He is an associate and boss to Cubana Chief Priest, whose real name is Paschal Okechukwu.

In 2008, he tied the knot with Ebele Iyiegbu better known as Lush Eby. The union has been blessed with four children — all boys.

Obi Cubana is believed to have an estimated net worth of $96 million.

The business mogul has snagged several awards recognition in the past including the ‘Inspiring Personality Award’ in 2017.